Last week we had a blizzard, which to some people is a perfectly normal part of winter,  but to us Brittany folk is a rare occurrence to be treasured and enjoyed to the fullest. It doesn’t matter how cold it is, we’re out romping around in the snow all day and practically all night, savoring every moment. 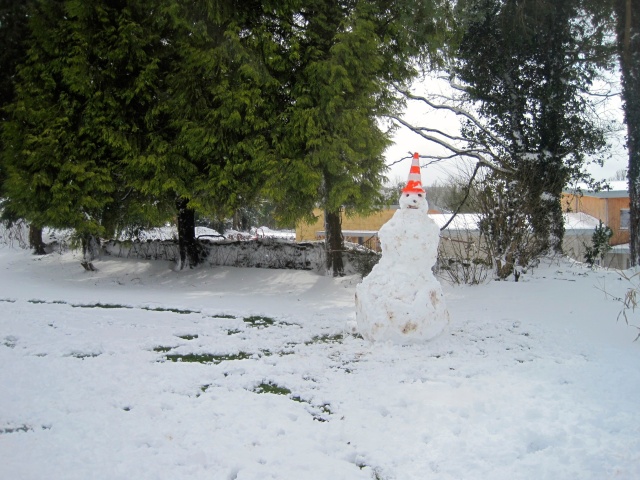 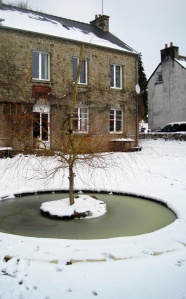 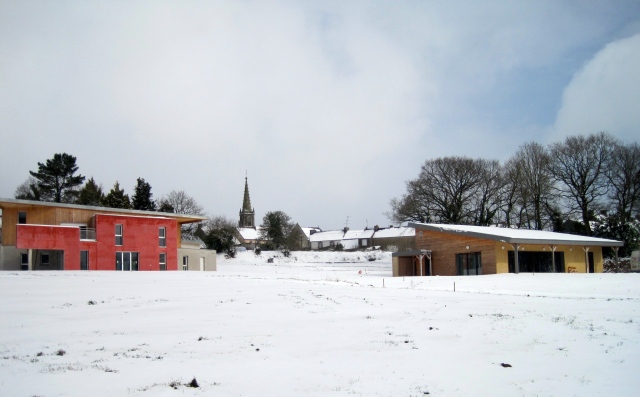 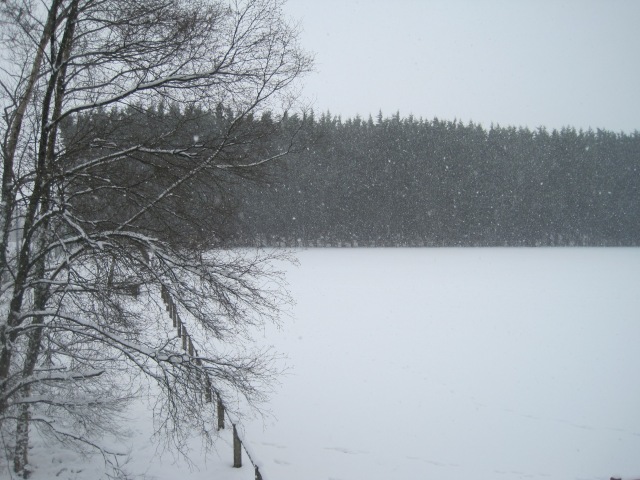 When I first came to Brittany to do my TEFL certification several years ago it was an unusually cold winter by Breton standards. There was snow several times, snow deep enough to go up and over our wellies. Growing up in San Diego, I always had to drive to get to the snow. I never experienced the excitement of going to sleep to a snowless landscape, to wake up the next morning to a white one. But that winter I did, and I even had a snow day off from school (I missed my phonetics test)! When I wrote to my family to report the arrival of snow, my aunt suggested that I make snow ice cream. This stuff is so simple, so brilliant and so delicious. When I dug into my first bowl of it, I had one of those “why haven’t I thought of this before?” moments.

Needless to say, we’ve have plenty of snow ice cream recently. If you look up snow ice cream on google, you’ll find all sorts of more complicated recipes than mine. I went off of what my aunt explained to me, and I love the result so much that I’ve never felt the need to try one of those “fancier” recipes.

The snow has all but melted now, but the memory of snow ice cream will tide us over until next winter, when hopefully, we’ll get enough snow to make snow ice cream again…

A  bowl of fresh, powdery, clean snow
1/4 cup milk
1 tablespoon sugar
1 capful of vanilla (if like me you live in France and don’t have easy access to great vanilla, sub the sugar and vanilla for 1 packet of vanilla sugar)

*The amount of milk used is flexible as it depends on the quality of the snow. I would recommend starting with a 1/4 cup, flavor to taste and add more if needed.

Simply combine the milk, sugar, and vanilla together in a bowl. Pour this mixture delicately over the snow. Dig in!

If you’re feeling organized, you can gently heat the milk and sugar together ahead of time, as this will melt the sugar into the milk. Let it cool completely before you add to the snow. But, if you’re like me, you won’t be organized enough to do this ahead of time, instead you’ll be outside making snowmen or pummeling your better half with snow balls. Anyways, those granules of sugar at the bottom of the bowl aren’t the worse thing…

This entry was posted in Food, Happy events, Recipes. Bookmark the permalink.